The Slovak Federation of Katate and Martial Arts (SFKaMA) is a nationwide sports association of karate and kobudo founded in 1993, focusing on sports karate, kobudo, Okinawan karate and self-defence. It currently unites clubs throughout Slovakia and provides professional seminars and training, training of new coaches, referees and sports experts.

As the only sports association in Slovakia, it is a member of the World Union of Karate-Do Federations (WUKF), as well as the Okinawan Federation – Goju Ryu Kokusai Karate Kobudo Renmei (International Federation of Traditional Okinawan Karate).

SFKaMA is one of the few to engage in Okinawan kobudo – martial art with traditional weapons from Okinawa. He prefers Ryuei-ryu kobudo. The mentors are Okinawan karate and kobudo masters led by Okinawan Renmei President sensei Hanshi Akira Gushi, 9th Dan karate, 7th Dan kobudo. The Okinawan masters have been visiting Slovakia regularly for almost 20 years and directly educating our trainers and instructors, as well as members of the SFKaMA national team and talented youth. International camps are a holiday for karate enthusiasts in Slovakia, as well as many other karate players in Europe.

Our federation in Slovakia organizes national rounds of the Federation – Slovak Karate Cup and Slovak Karate and Kobudo National Championships, International Tournament – WUKF European Cup – Slovakia open, international seminars and karate and kobudo training camps. The members of the federation visit the cradle of karate – Okinawa every year, where they are educated directly under the living legends of karate and kobudo, and they also take part in the world and European championships, respectively world cups.

The young hopes of the Federation are associated in the Centre for Talented Youth, the representatives are trained under the guidance of national coaches for karate and kobudo. Thanks to this activity, the competitors achieve excellent results on the international scene.

In June 2019, SFKaBU organized the world karate and kobudo championships for the first time in the history of Slovakia. The world organization WUKF has placed its trust in SFKaBU and Slovakia has welcomed more than 2,400 competitors from all over the world.

Since 2018, SFKaBU has been the national training academy EurEthICS ETSIA, which falls directly under the European Commission and is a proud partner of the European Sports and Activities Week #BeActive and #BeActiveAtHome.

The Slovak Karate and Martial Arts Federation is a nationwide karate sports association that is a member of the world organization WUKF. SFKaMA is a signatory of a memorandum with the Anti-Doping Agency of the Slovak Republic and we support the ideas of pure sports and fair play. 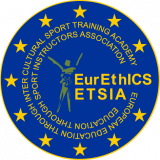